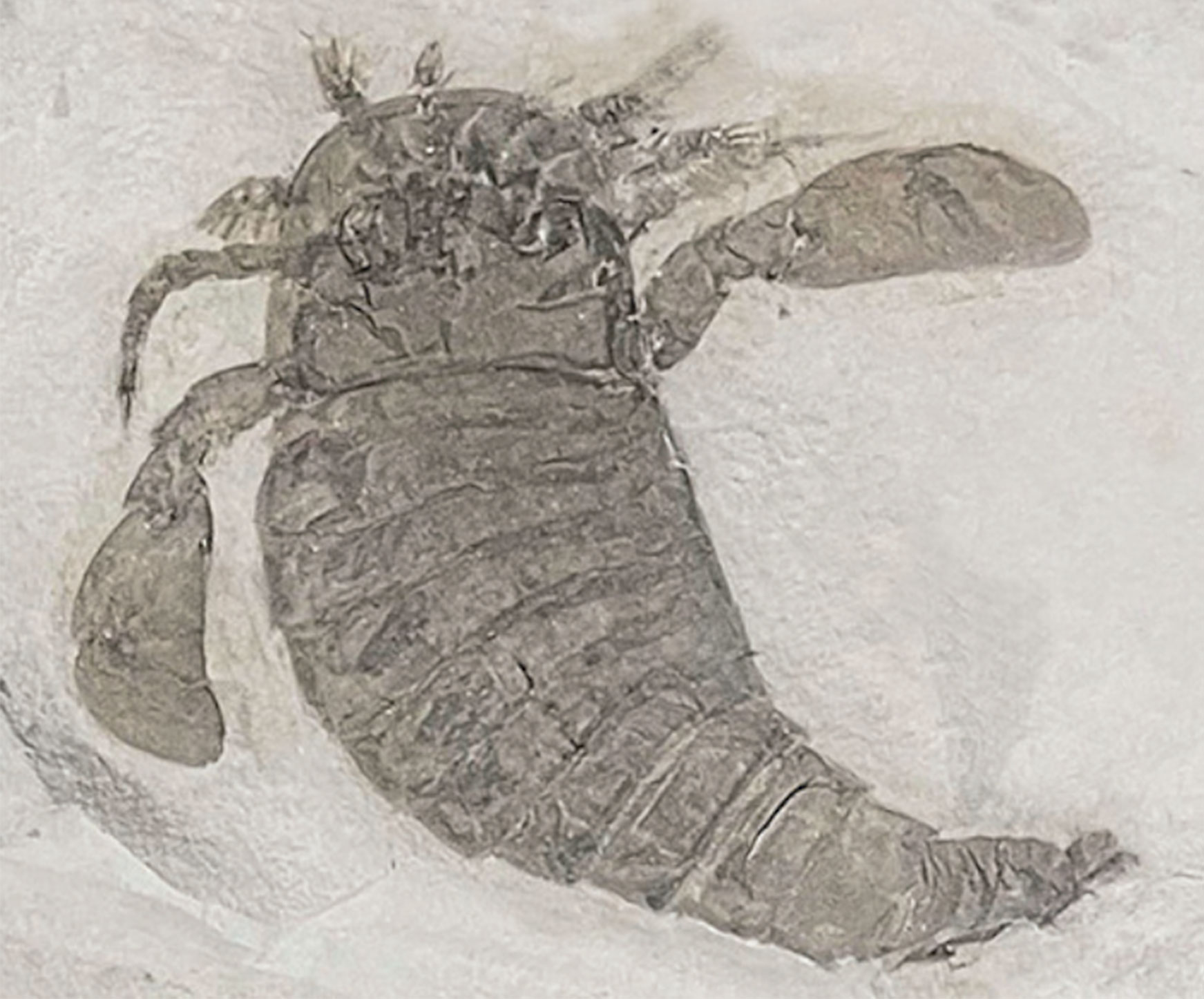 Sea Scorpions or Eurypterids are only known from fossil record as they are an extinct group of arthropods. The today still living horseshoe crab would be a good example of a closer relative inside the Chelicerata group.  The first fossil record of the order Eurypterida is kown from the middle Ordovician. And the Eurypterids seems to be got extinct in the late Permian.  During this time span Eurypterids evolved into over 250 known spices.  Although Eurypterids are also referred as Sea Scorpions only the early members of this order lived in a marine environment.  Many later forms lived in a brackish or fresh water habitat. Some species are even be believed to be able to survive brief periods on land. Eurypterids can even clam the record for the largest lived arthropod. The genus Jaekelopterus grew to a impressive size of about 2.5 meters.  .
In this category of our fossil shops we try to offer you authentic eurypterids for sale.
Show 1 to 2 (of in total 2 products)