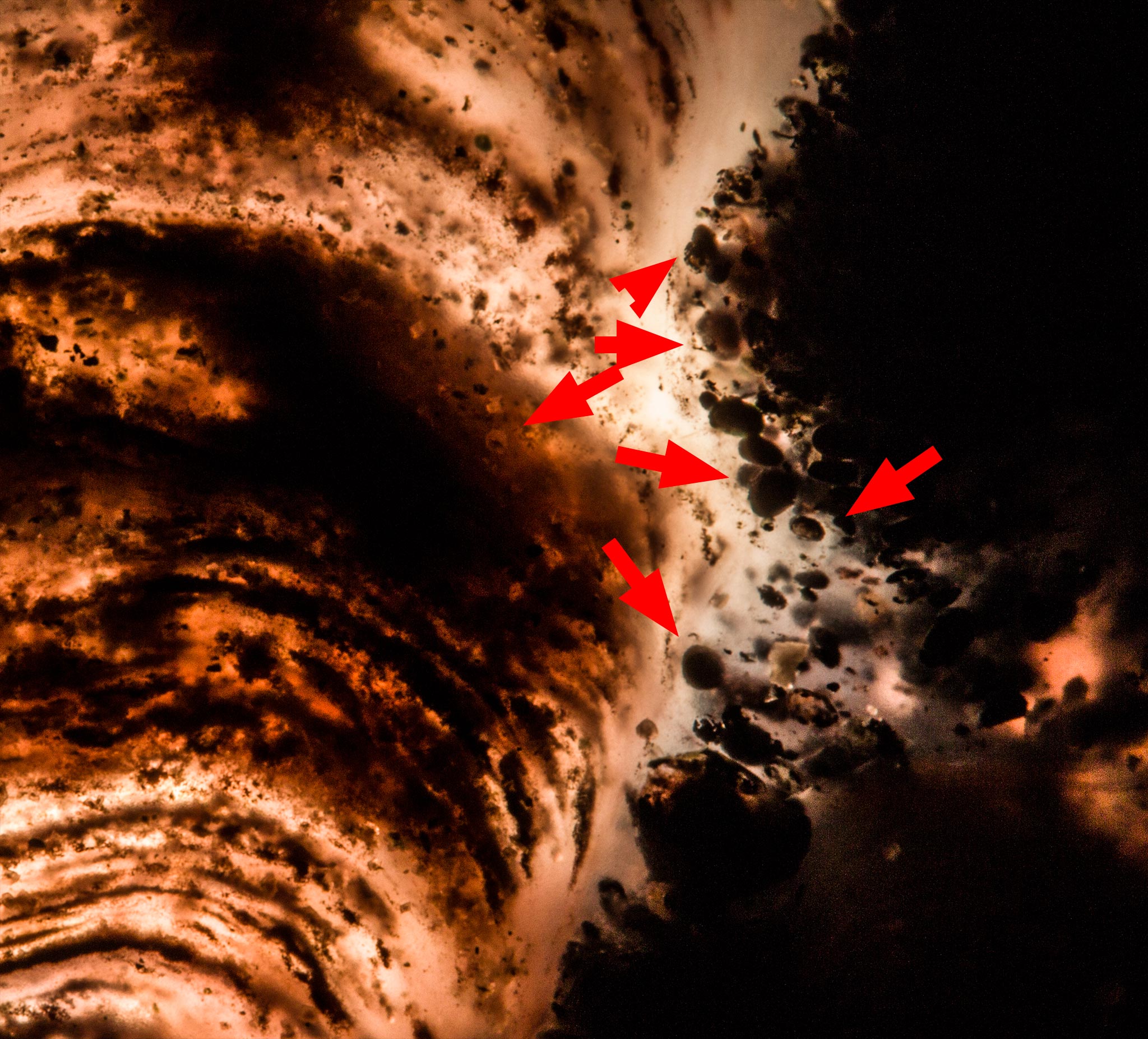 Stromatolites are some of the oldest fossils that are known. The first Stromatolite fossils are recorded from the very early Precambrian. That is more them 3.5 billion years, in the so called Archean Eon. This is remarkable insofar as the earth had just formed a solid crust for the first time in this age. Stromatolites, biofilms and microbial mats where quite common during the Precambrian. Through photosynthesis, these organisms are involved to a considerable extent in the formation of our oxygen-rich atmosphere. The oxygen released by photosynthesis oxidized the iron dissolved in the ancient ocean As a result the sometimes very powerful Banded Iron Formations were created. This Banded Iron Formations or short called BIFs are often associated with Stromatolites. Only after the Fe² dissolved in the seawater had been used up, the oxygen content in the atmosphere and the Precambrian sea could rise. This resulted in the great oxygen crisis, but the increased oxygen levels also provided the basis for more complex life on Earth. To the end of the Precambrian, the distribution and variety of stromatolites decreases significantly. here are also today living * stromatolites. However, these are rare and bound to particular sneezing habitats. As it is paradoxical it quite save to assume that the more complex multicultural organisms have graze on the microbial mats of the Stromatolites.
(* On Stromatolites is only the outer biofilm actually the living part.)
Show 1 to 2 (of in total 2 products)